We’d like to express our sincere thanks to everyone who bought food from the Kinsmen Kanteen at the Ex over the past week. We were kept very busy and the profits will help us help more community based charities and initiatives over the next year. Thanks again for your support! 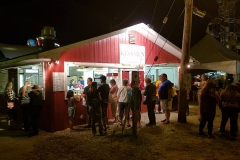 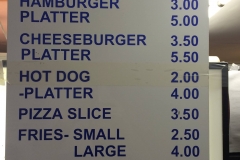 Responding to a radio appeal for milk for British children, founder Hal Rogers rallied Kin members across Canada to raise funds for the purchase of powdered milk. The goal for the first year was to raise enough money to purchase one million quarts; within nine months, Kinsmen and Kinettes supplied more than three million quarts!

By the end of the Milk for Britain campaign, the Kin family raised close to $3 million and sent 50 million quarts of milk to Britain. Rogers was made an Officer of the Order of the British Empire in 1948 to recognize his efforts as the Chairman of Kinsmen’s Milk for Britain wartime project.

The wartime effort helped found 41 new Kinsmen clubs and the formation of a new women’s branch of the organization, Kinettes.

To mark the 75th anniversary of the campaign, members and clubs came together to ensure such an impactful and inspirational piece of history is documented. 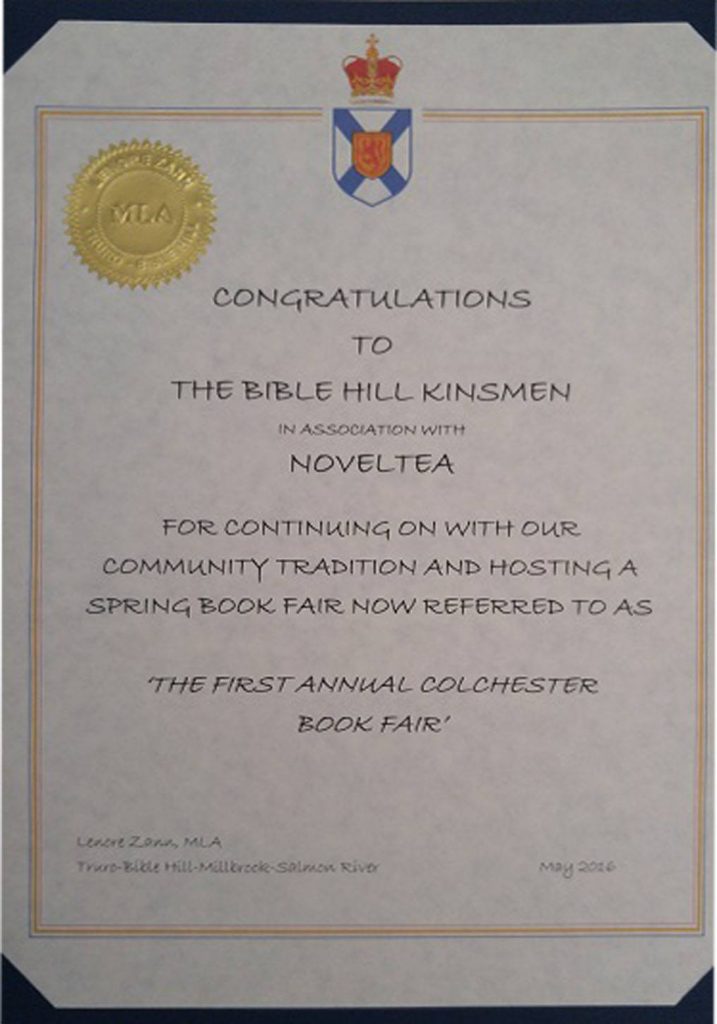 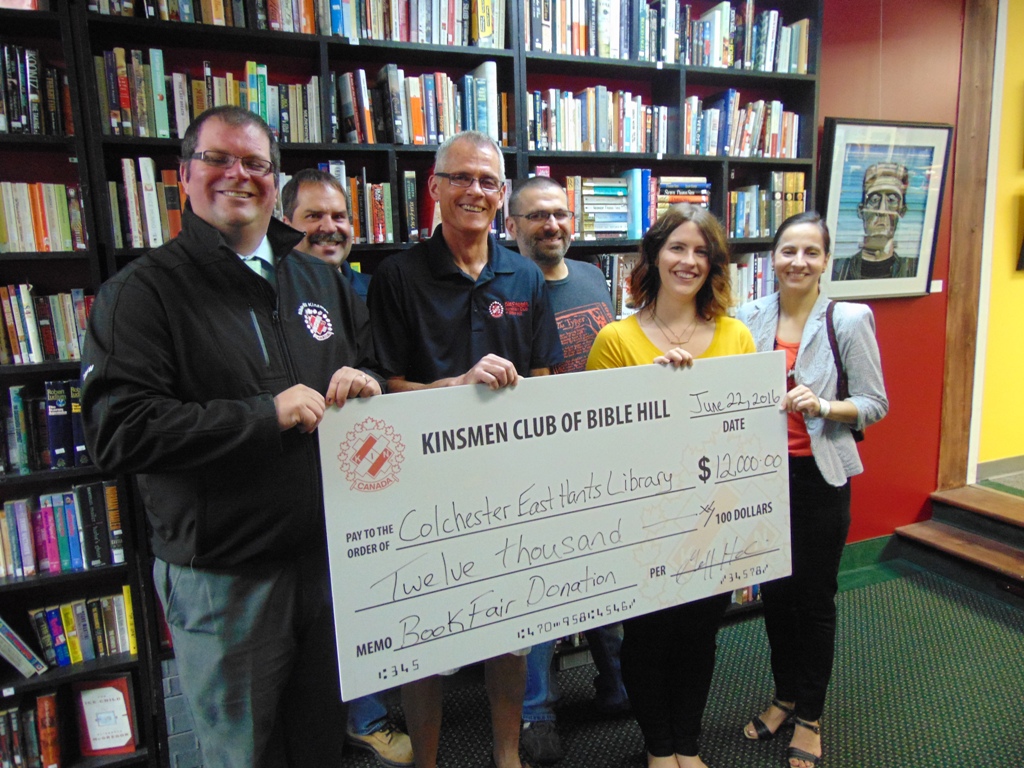 The results of the 1st Annual Colchester Book Fair are in and they are fantastic! The book sale, spearheaded by the Kinsmen Club of Bible Hill and NovelTea Bookstore Café, raised more than $9,000 for the community.

“Due to this overwhelming support, we are able to donate $6,000 of the proceeds to the Colchester East Hants Public Library Foundation,” says Brent Pettis, chair of the Kinsmen’s Book Fair Committee. “That donation was matched by the Snook Group, meaning the foundation is receiving a cheque for $12,000!”

For 51 years, the local branch of the Canadian Federation of University Women ran the book sale. The group decided it no longer had the resources to do it, and looked to the community for someone to take it over. The Bible Hill Kinsmen and NovelTea took on the challenge.

“The book-buying community was more supportive than we could have ever hoped,” says Jeremy DeVito, Owner of NovelTea. “People who had a long tradition of making the Book Fair a must attend event on their calendar were beyond gracious in showing up to continue that tradition with us. We also saw countless people who told us this was their first book fair and ensured us they’d be back in future years.”

Mary Brown, Chair of the Colchester East Hants Public Library Foundation, says the group is thrilled to have the support of the Bible Hill Kinsmen, NovelTea and the Snook Group.

“These much needed funds will help towards outfitting the Teen Program Room at the new library,” says Brown. “The new facility is going to be a wonderful addition to downtown Truro and the community it supports.”

A sincere thank you also goes to the CFUW for their help throughout the transition, as well as library staff and volunteers for their help during the sorting and selling process.

“When we first decided to take this project on, it was for this year only, to see how it would go,” explains Pettis. “However, given the support that we received, we have no doubt we’ll be back for years to come.”

The remaining money from the sale after the donation is made to the Library Foundation will help the Bible Hill Kinsmen support other community initiatives throughout the year.

Thank you to everyone who helped make the 1st Annual Colchester Book Fair a success, and to everyone who stopped by to support the event. We couldn’t have asked for a better turnout. See you next year! 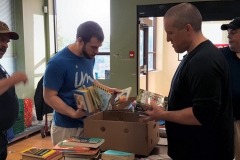 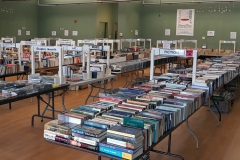 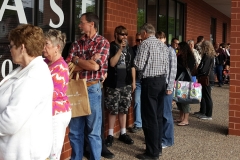 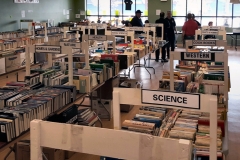 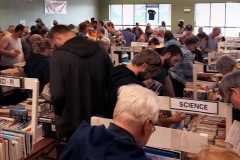 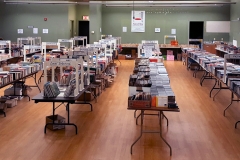 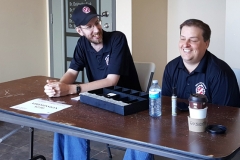 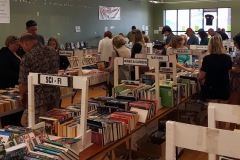 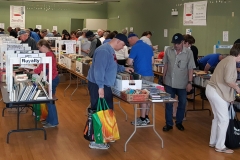 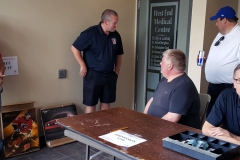 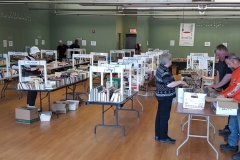 The club recently held its elections for the 2016-17 kin year. The new executive is looking to hit the ground running when meetings resume in September from our summer break. Past-President Mark Thibedeau joined current President Drew Douglas to held conduct the proceedings. Nomination were taken at a pair of our meetings, including from the members at our last regular monthly meeting.

Congratulations to all the members of our new executive. They’ll be sworn into their new positions in early July. 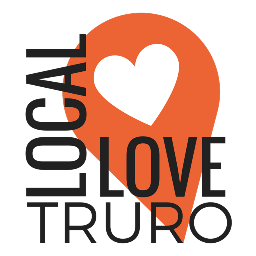 Congratulations to the Coldest Night of the Year on winning the Most Loved Fundraising Event at last night’s Local Love Truro awards ceremony! We were honoured to have been named one of the three finalists for our Great Trivia Challenge. Thank you to everyone who voted for us.

We recently held our annual pork chop dinner at the Bible Hill Village Hall. Not only is it a big fundraiser for us, but the food was delicious! The pork chops themselves were from Ebbett’s Meadow Brook Farm Market in Tatamagouche.

A highlight for the club, at any time of year, is watching our members be recognized for their hard work. Brad McCallum and Dave Gillis, both part of this year’s executive, have received the Maple Leaf Award of Distinction from Kin Canada. To earn this award, a member has to complete a number of tasks within their first two years with the group. That can range from chairing a project, to being elected to the executive for a year, to attending district and national conventions.

We’ve been focusing our efforts on the 1st Annual Colchester Book Fair from 6 to 9 p.m. on June 3rd and from 9 a.m. until 4 p.m. on June 4th . The Kinsmen are partnering with NovelTea Bookstore Café to continue a decade’s long community tradition, which was previously run by the Canadian Federation of University Women. It has relocated to the Eagles Landing Building at 510 Prince Street (the former MacQuarries Pharmasave location). Proceeds from the event will support the Colchester East Hants Library Foundation and other Kinsmen community projects.

The Bible Hill Kinsmen hold meetings on the first and third Thursday of the month, from September to June, at 7:30 p.m. We’d love to see you there. If you’re interested in joining us for a meeting, or would like more information, email president@biblehillkinsmen.ca.