The 2nd Annual Colchester Book Fair was a big success last month, and the Kinsmen Club of Bible Hill was recently able to present a cheque for $2,000 to the Colchester East Hants VON, the main benefactor of the event. Kinsmen member Stephen Hamlin attended the group’s Volunteer Appreciation Luncheon on the club’s behalf, and also received a Certificate of Recognition for the club from the VON.

The remaining money raised by the book fair will be distributed throughout the community to various groups and organizations supported by the Kinsmen Club of Bible Hill.

We’re pleased to announce the Kinsmen Club of Bible Hill will be joining Warmth By Design Stoves & Fireplaces at this weekend’s event, hosting a beer tent and and 50/50 draw throughout the day. Be sure to drop by! 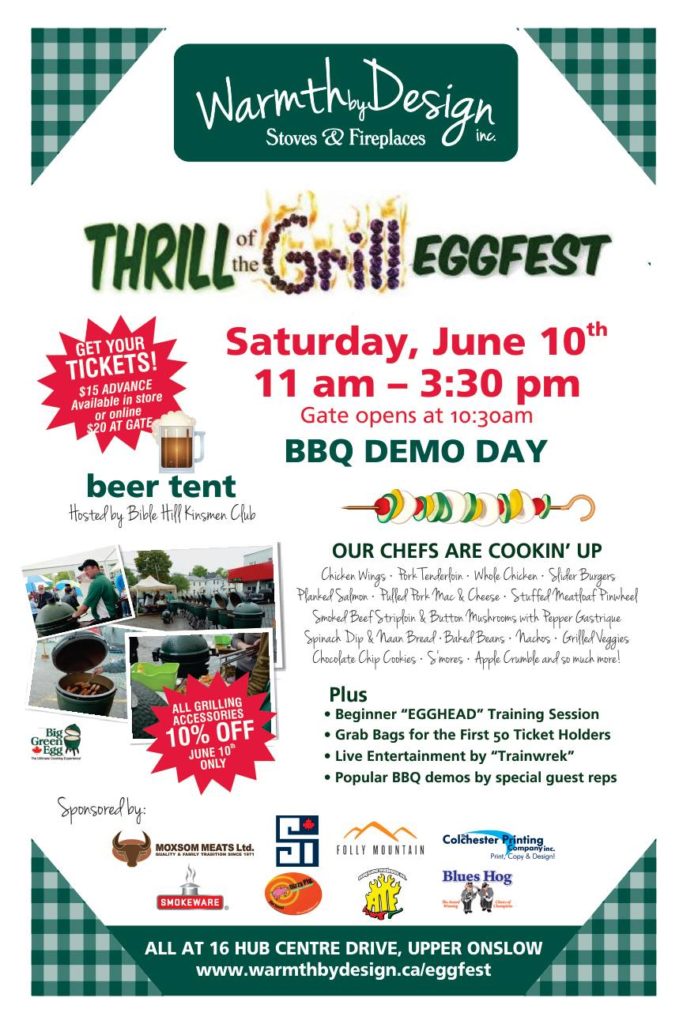