Season’s Greetings from the Bible Hill Kinsmen. Happy Holidays! We hope that all of you had a very Merry Christmas and were able to enjoy the company of friends and family alike.

What happened to December? It seems like everyone has been extremely busy, almost as much as Santa himself, and we’re no exception to that.

Club members had a lot of fun holding casino nights for a handful of groups’ Christmas parties over the past month. It’s a great way to engage a lot of people we may never have met otherwise and just try to provide them with an entertaining evening as they celebrate with their friends and co-workers.

Like many others in the community, our club was saddened to hear of the break in at the Boys and Girls Club of Truro and Colchester last week. Kinsmen members decided very quickly that we wanted to help, especially with the incident happening right before Christmas, and helped replace some of the stolen items.

The focus right now is on New Year’s Eve. Do you have any plans? Well, there’s still time to join us at Bible Hill Junior High School. The dance will run from 9 p.m. until 1 a.m., with Big Dog 100.9’s Tyler Granter as the DJ. Tickets are $20 per person, and are available from any of our members as well as MacQuarries Pharmasave on The Esplanade. Feel free to email newyearsdance@biblehillkinsmen.ca with any questions. It’s shaping up to be a great evening! 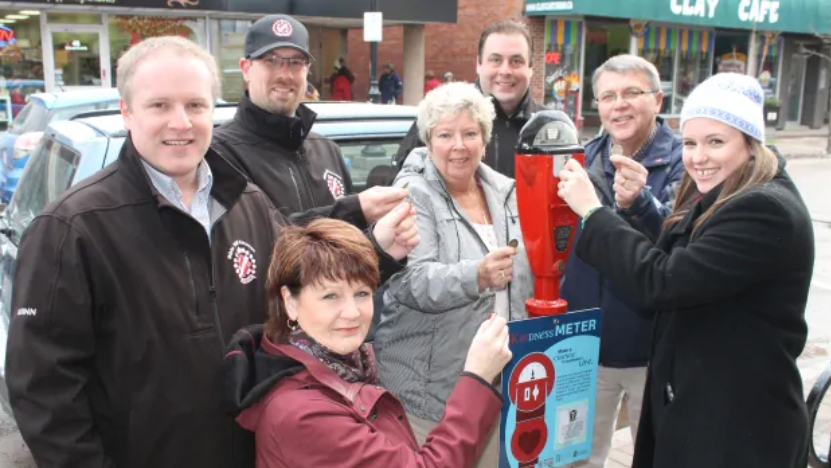 It’s been a year since the kindness meters were first installed, and they’ve raised about $2,000 for local charities. (Jeff Gill/Hub Now)

Feeding the meter has become a much more enjoyable task in one Nova Scotia town now that three special parking meters are collecting spare change for charity.

The so-called kindness meters in downtown Truro have collected more than $2,000 for local charitable organizations since they were installed a year ago by members of the Bible Hill Kinsmen. 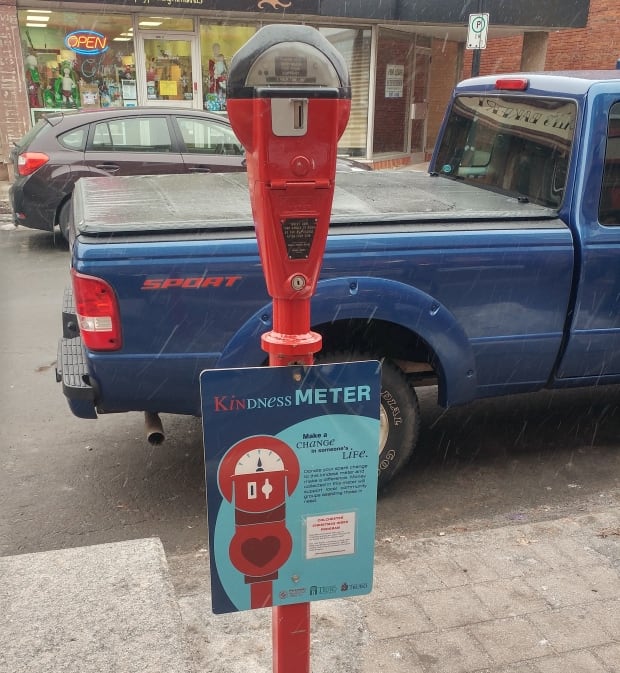 The Bible Hill Kinsmen split the donations between three local charities and they change the recipients every six months or so. (Quinn McCarthy)

There is no paid parking in downtown Truro, so the bright red meters — which are located in prominent walking areas — stand out.

The Kinsmen were able to get the used meters from town officials and repurpose them.

McCarthy said he first heard about kindness meters in Fredericton, where they were put in place by the local business association to discourage panhandling in the downtown area.

In this case, McCarthy said, the Kinsmen decided to split the money between three local charities — changing those charities every six months or so. 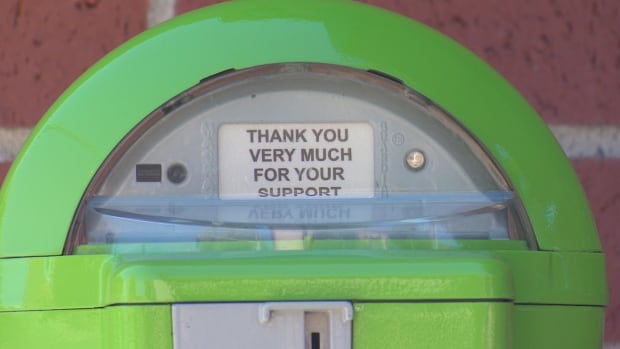 Quinn McCarthy first heard about kindness meters in Fredericton, where they were installed to discourage panhandling. (CBC)

The first year of fundraising has gone well, McCarthy said. The last group of three charities to benefit from the project received a little more than $200 each.

With files from the CBC’s Information Morning

The community has been quick to rally around the Boys and Girls Club of Truro and Colchester.

A thief hit the group’s building on Victoria Street in downtown Truro.

Staff arrived Tuesday to find the door unlatched and a number of items missing from the computer room.

The stolen items include a television, gaming systems, and games.

On Wednesday, the Bible Hill Kinsmen and Keith Gillis, owner of G&G Computers, arrived to help replace the missing items.

Anyone with information about the theft is asked to contact Truro Police. 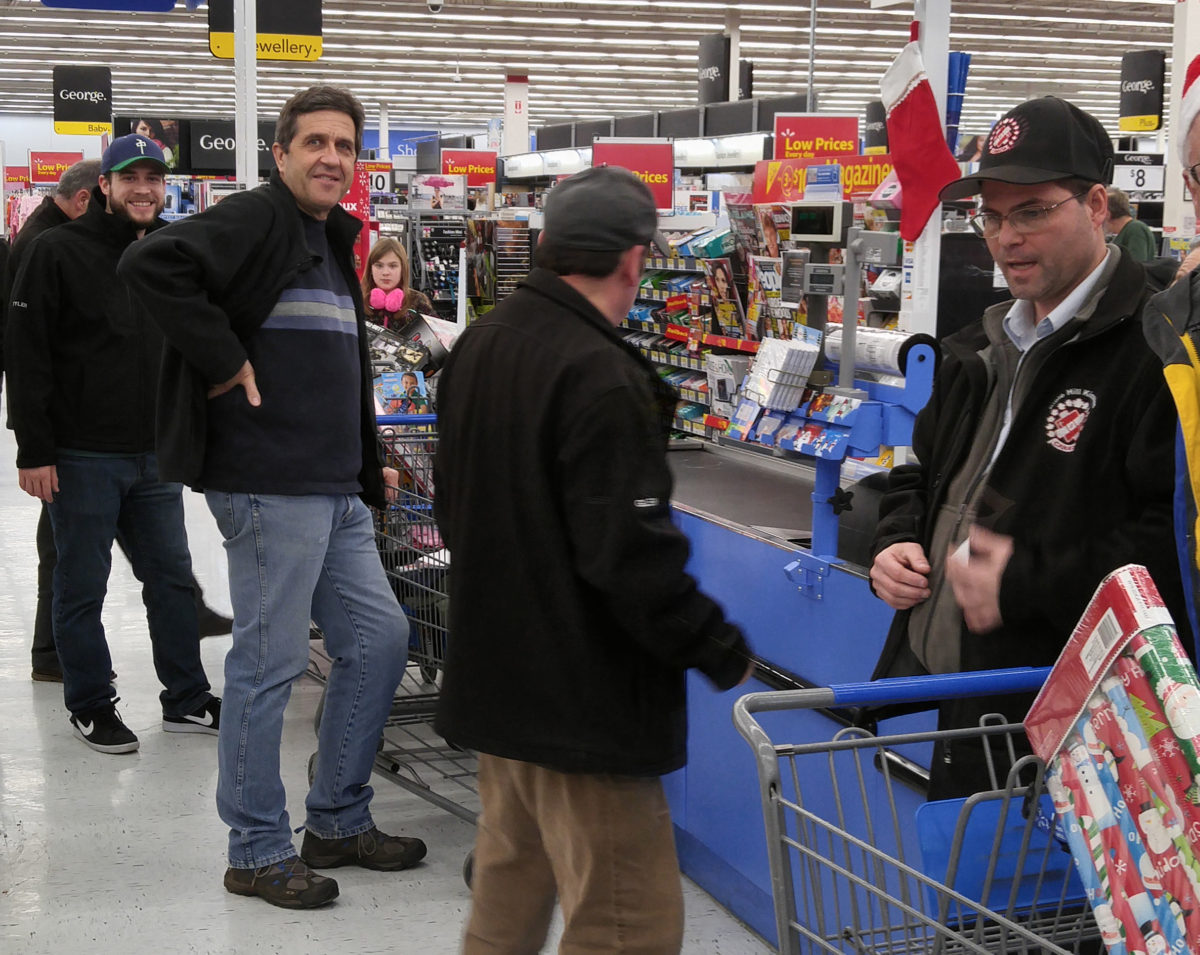 Members of the Bible Hill Kinsmen grabbed shopping carts and ran around Wal-Mart in Truro on Tuesday night. Each year, the club supports the Christmas Index Program. In recent years, our efforts have slowly expanded to help more and more families in need during the holiday season.

It’s one of the projects club members look forward to the most each and every year. Not only is it a perfect opportunity to give back to the community, but it’s also a great night of fellowship with smiles and laughs all around.

As the day gets closer that we deliver the gifts to the selected families, we also ensure they have groceries as well. It’s just another way, along with the recent Teddy Bear Toss, that the Bible Hill Kinsmen are able to help people in our community.