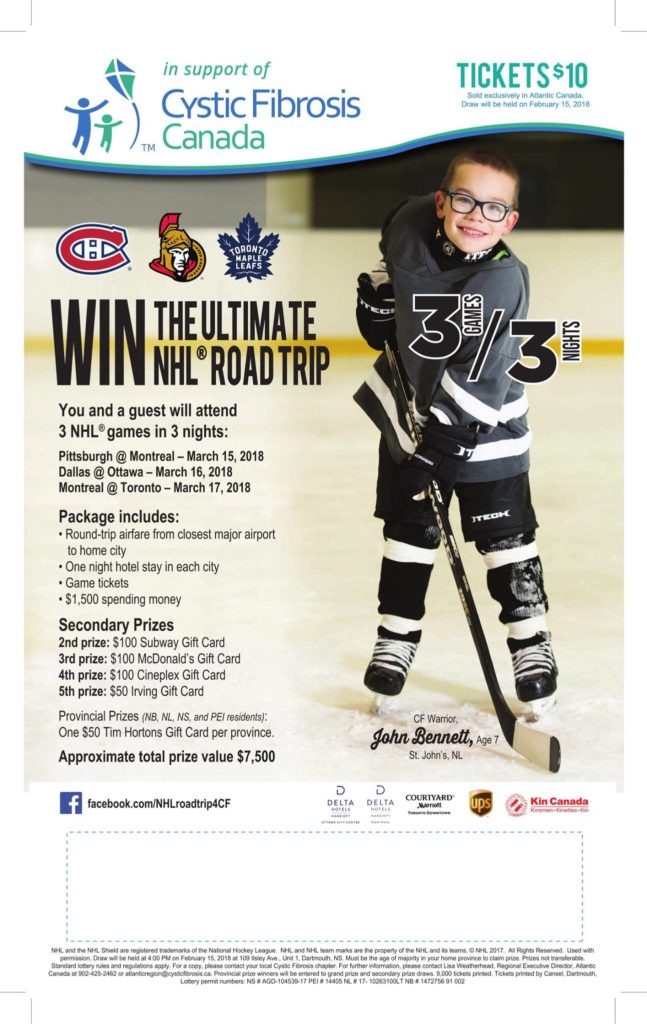 It’s that time again! Tickets are now available for the Ultimate NHL Road Trip in support of Cystic Fibrosis Canada. Tickets are only sold in Atlantic Canada and only 9,000 have been printed! For $10, you have a chance at the grand prize: three NHL games in three nights in 2018.

The package includes round trip airfare from the closest major airport to the home team’s city, one night hotel stay in each city, game tickets, and $1,500 spending money.

There are four other main prizes, in additional to one $50 gift card draw for each of the Atlantic provinces. 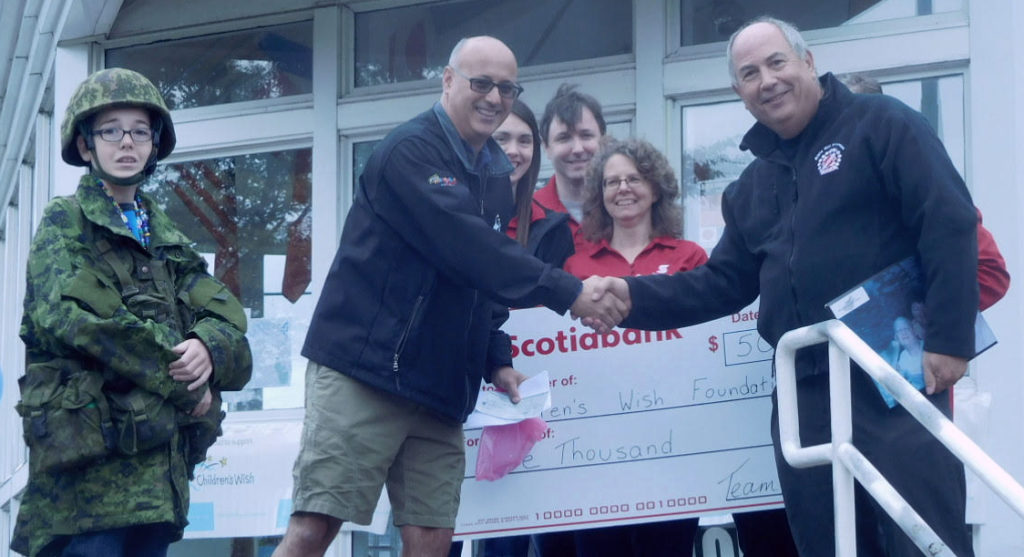 Also pictured are local wish child Jax Gaudet (left), and Scotiabank employees who made their own donation at the event.