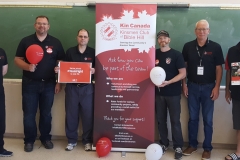 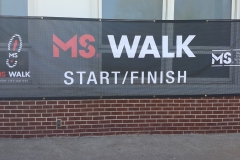 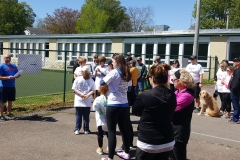 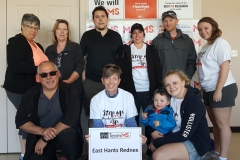 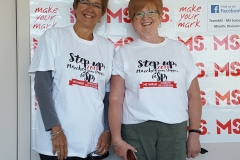 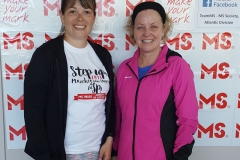 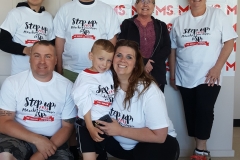 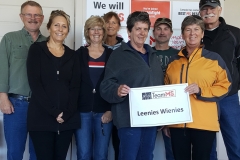 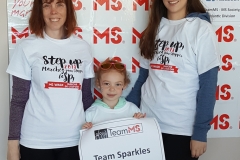 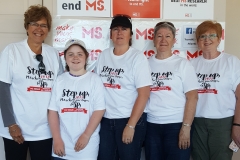 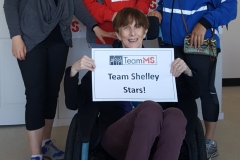 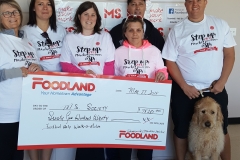 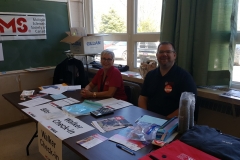 Greetings from the Bible Hill Kinsmen! September is almost over already and we’ve started our new Kin year by getting back to our meetings and planning what’s sure to be an exciting year.

Looking back at the summer, we were once again proud to take part in the Nova Scotia Provincial Exhibition. Our Kinsmen Kanteen was as busy as ever, which of course means we need to say a big thank you to everyone who came by for a slice of pizza, a burger and fries, poutine, or maybe just a drink. Exhibition week remains our biggest, and longest running fundraiser, which helps our club give that money right back to the community through a number of initiatives. We say it every year, but the celebrations and events get bigger and better and we can’t wait to see what next year has in store.

Dave Gillis was elected club president for this year, and has been excited to hit the ground running. A number of projects are planned, including our Trivia Night, now in its 5th year (can you believe it?), and the Book Fair. Stay tuned for details on those and more.

Perry Kohler is our vice-president for 2017-18. The rest of the executive members are myself, Quinn McCarthy, Allison MacDonald, Henry Vissers, Stephen Hamlin, Brad McCallum, Peter Taylor, and Perry Kienzle. It’s also worth mentioning that one of our members, Geoff Hamlin, is serving as Deputy Governor for our Kin zone this year. It’s a lot of work and a huge honour, but is very exciting.

Giving back to the community where we live and raise our families is an important part of what we, as Kinsmen, do. Adding to that is the fellowship between our members. On that note, we’re holding an Open House/Buddy Night on October 5th. It’s a chance for anyone who has an interest in joining the Kinsmen to get a closer look at what it is we do and meet members of the club. It’s our first meeting of the month and there’s a meal beforehand.

Even if you can’t make it out for the 5th, we’d still love to have you at one of our meetings. They’re held the first and third Thursday of each month at 7:30pm at the Douglas Street Recreation Centre. If you’re interested in attending, or would like more information, email president@biblehillkinsmen.com, check us out on Facebook, or visit our website, biblehillkinsmen.ca.

The club recently held its elections for the 2016-17 kin year. The new executive is looking to hit the ground running when meetings resume in September from our summer break. Past-President Mark Thibedeau joined current President Drew Douglas to held conduct the proceedings. Nomination were taken at a pair of our meetings, including from the members at our last regular monthly meeting.

Congratulations to all the members of our new executive. They’ll be sworn into their new positions in early July.